Here’s the short film about China Alley in Hanford, Calif. that I shot and produced with my colleague Jes Therkelsen and his two students, Tou Yang and Matthew Vincent. The film was made for the International Documentary Challenge. As part of this competition, crews from around the world are given five (5!) days to shoot, edit and upload a short non-fiction film. It’s pretty intense.

China Alley traces its roots to 1877 when the Central Pacific railroad was extended westward to central California. Numerous Chinese came to the area at that time, initially to help build the railroads and later to farm the vast fields surrounding Hanford. Since then, China Alley has endured, essentially unchanged – but in bad need of renewal. This is the story of one family who has taken care of China Alley for generations.

The residents of Campo Nebraska on the outskirts of Fresno in California’s Central Valley live in shabby houses, in near complete isolation. The migrant camp, hemmed in front all sides by vineyards and fields, is owned by a Mexican mayordomo and houses immigrants from the village San Miguel Cuevas, Oaxaca. They are indigenous people, most of them Mixtecos who speak a pre-Hispanic language and little Spanish and cross into the U.S. from one of the poorest regions in Mexico. According to tradition, every pueblo holds an annual party for the village saint. Since crossing the border back and forth is difficult these days, this year the mayordomo organized the party for the camp’s residents in California. The highlight of these parties, other than the hand-made tortillas and the beef, is the dance presentation. This year, I photographed my favorite dance: la danza de los diablos. 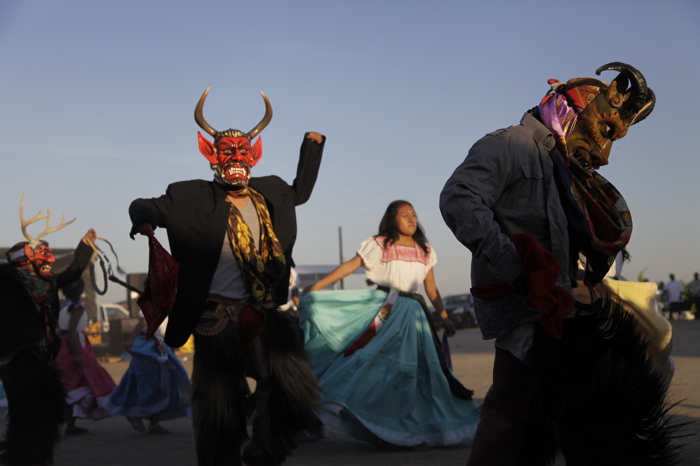 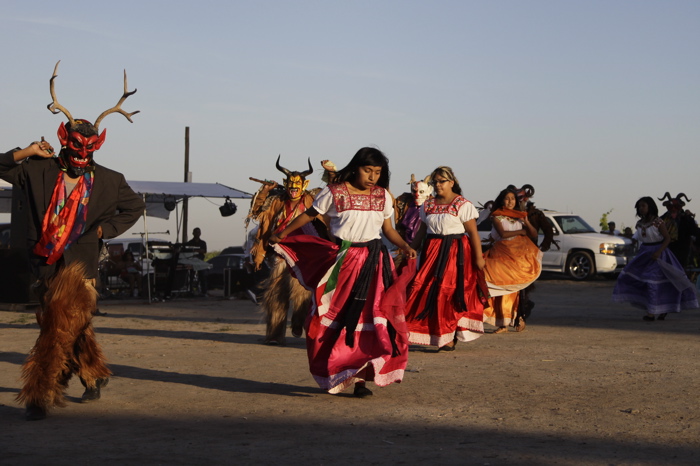 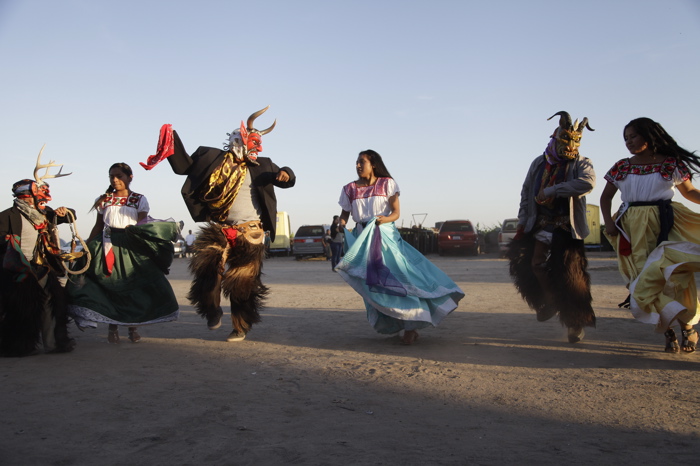 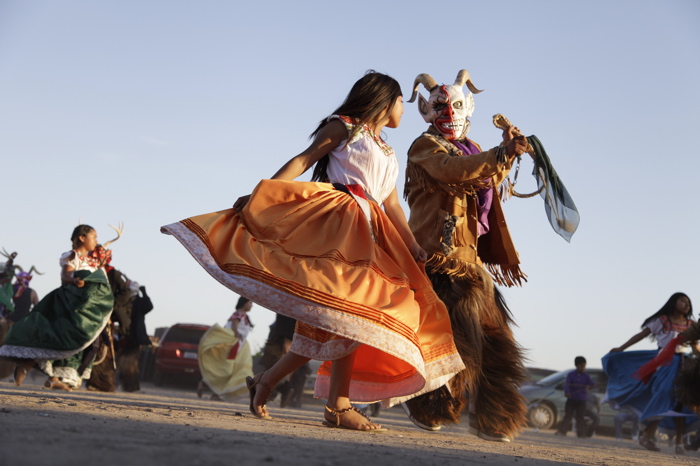 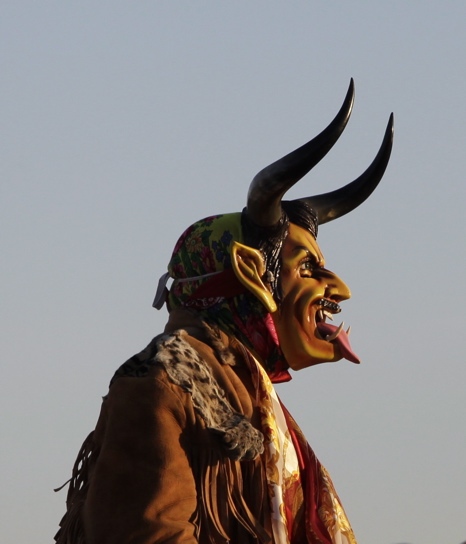 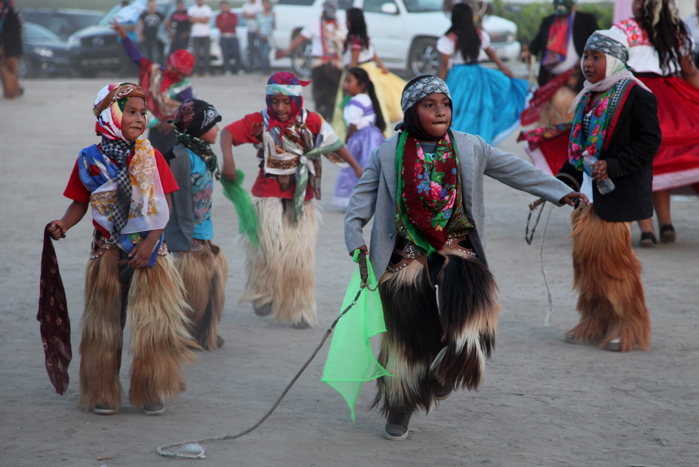 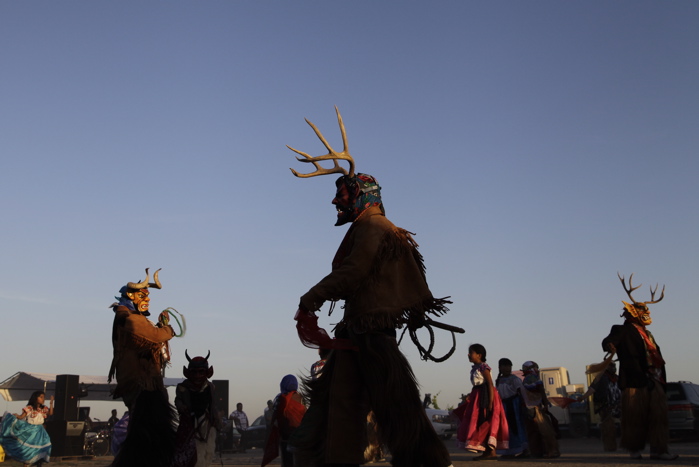 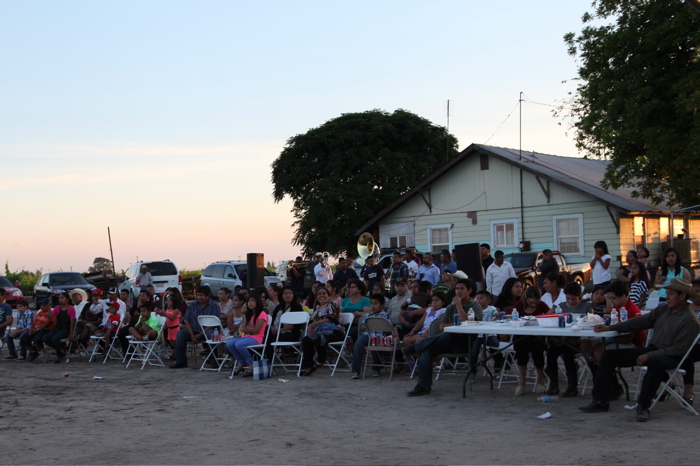 The smell is musty, the wooden floorboards rotten, the original owners long dead. But the century-old Chinese herb shop with its towering armoire of small wooden drawers can still be found nearly intact behind a set of heavy metal doors. Herb bundles sit on dust-coated shelves; wafer-thin paper used by the doctor to wrap the herbs hangs on a rack by a counter, stained with bird droppings. In the back and upstairs, where the herbalist and his family lived, pigeons nest. The last herbalist, Dr. Jack Chow, died in the early 1950’s. With his death disappeared the customers who drank their herbs at the counter, the men who gathered around the stove to gossip, and the translators who assisted English-speaking and Mexican patrons. The herb shop and its interiors endured, undisturbed in this community in the rural central California town of Hanford that traces its roots to 1887. My colleague Jes Therkelsen and I recently filmed a short documentary on Hanford’s China Alley. A local preservation society is working to save the herb shop and other buildings. 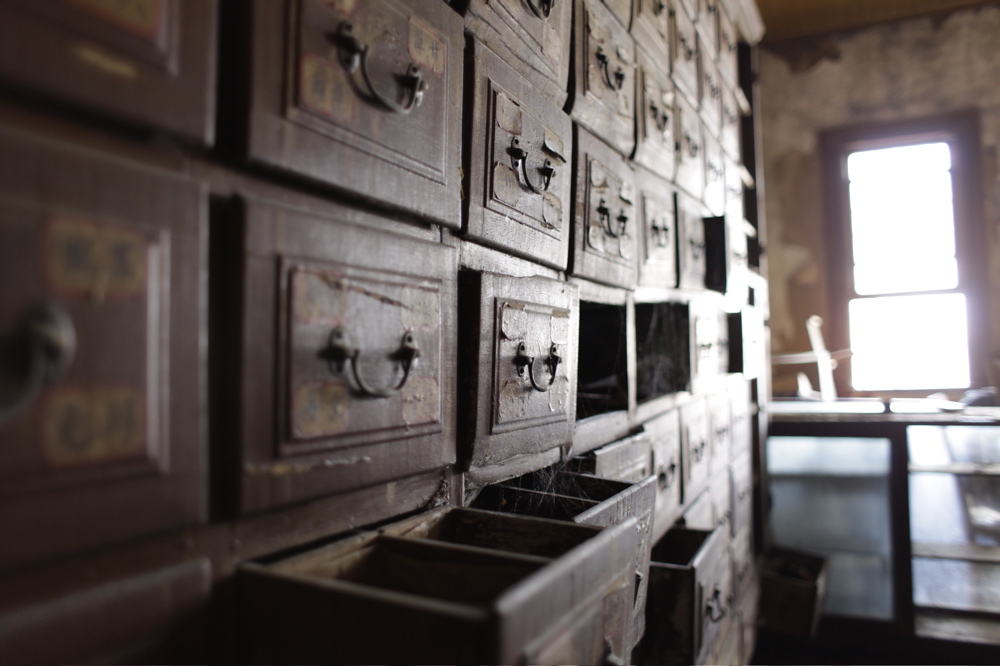 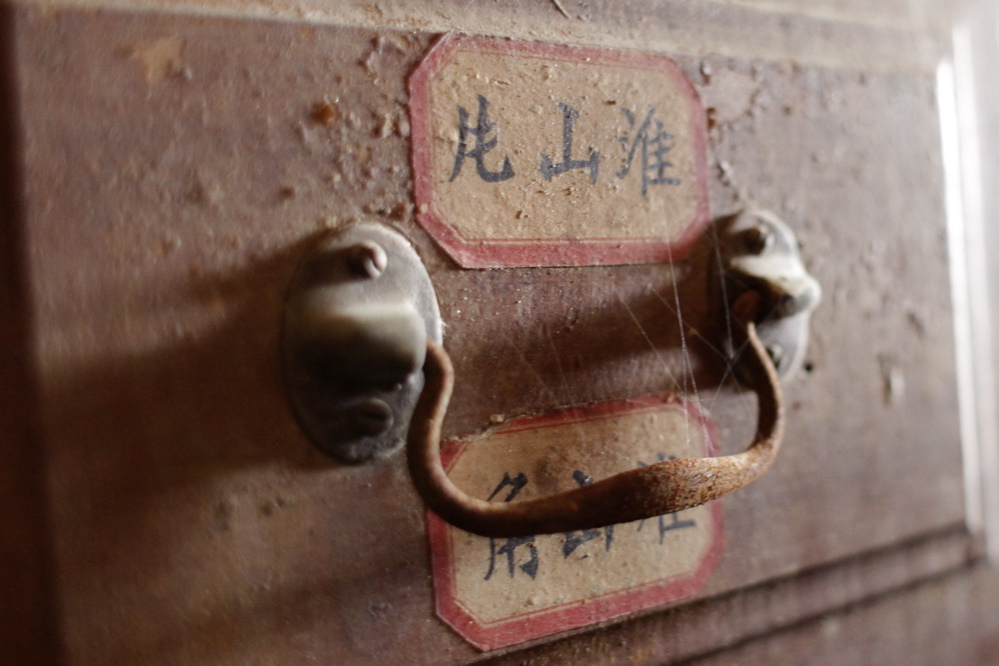 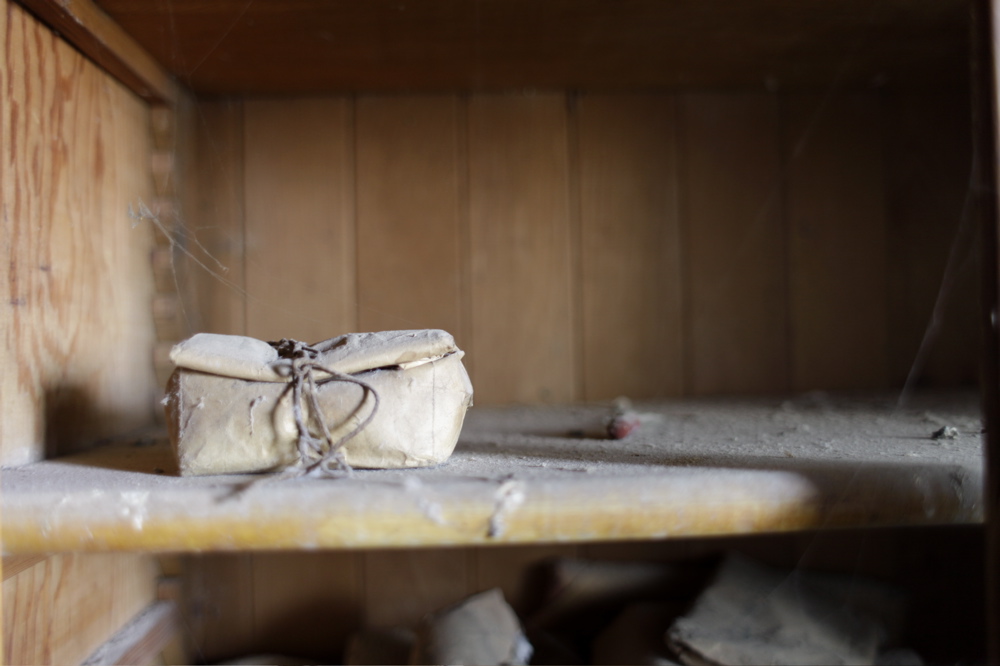 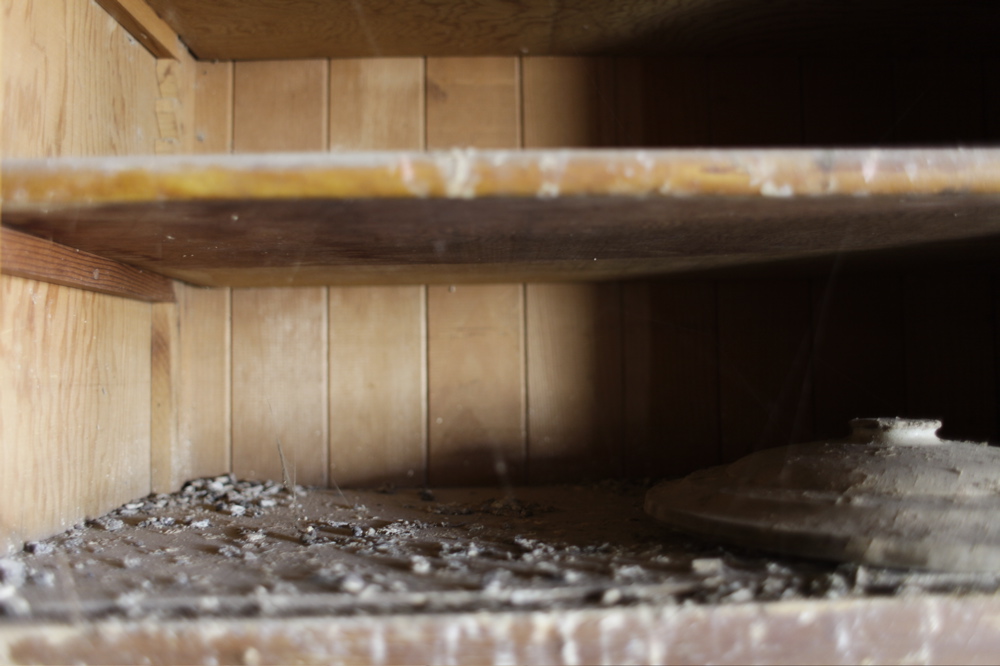 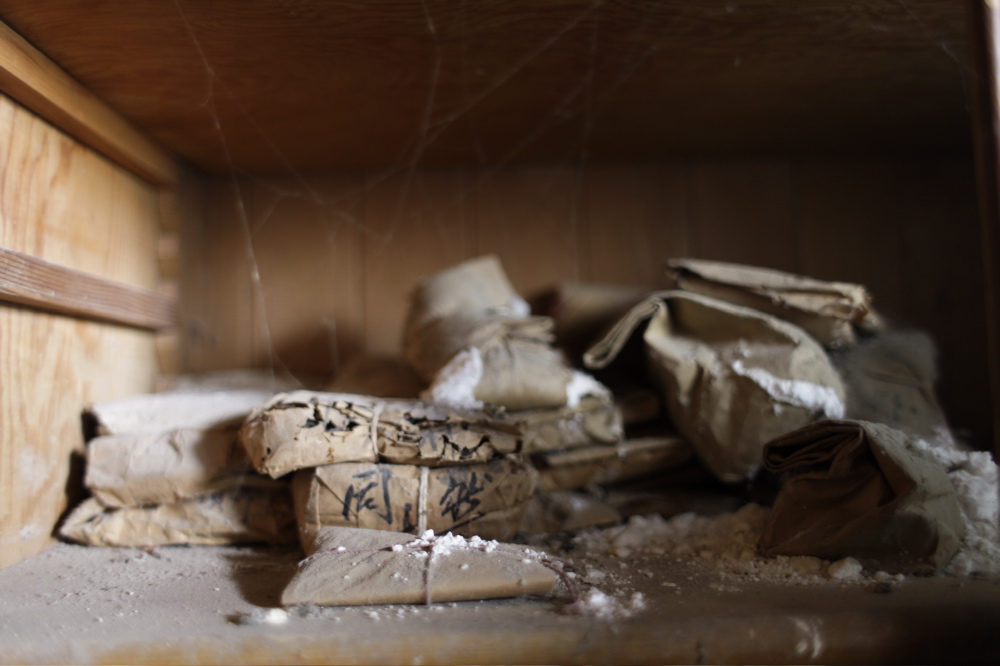 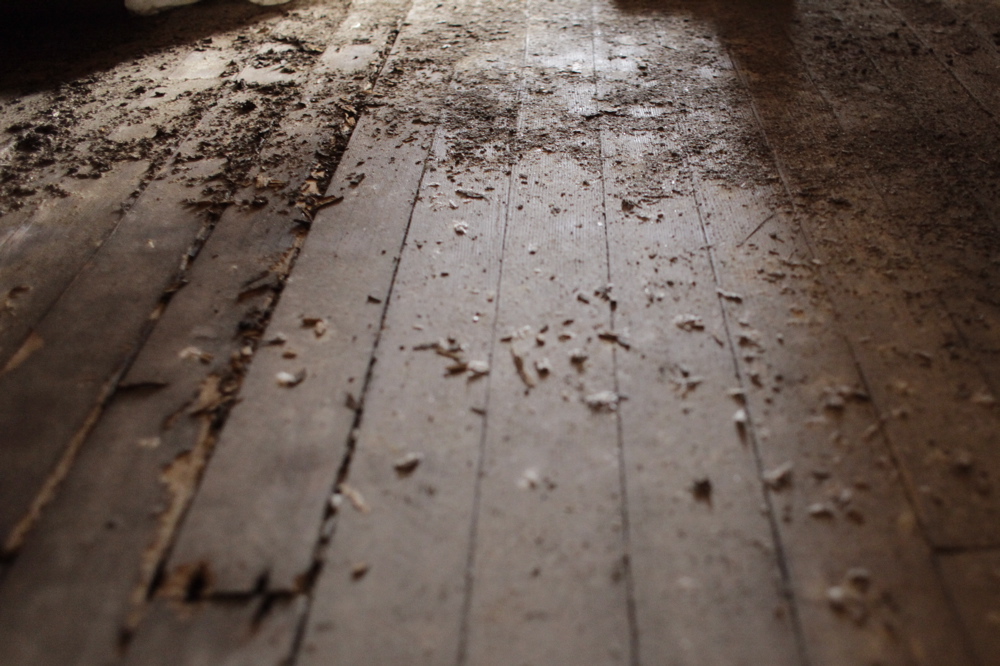 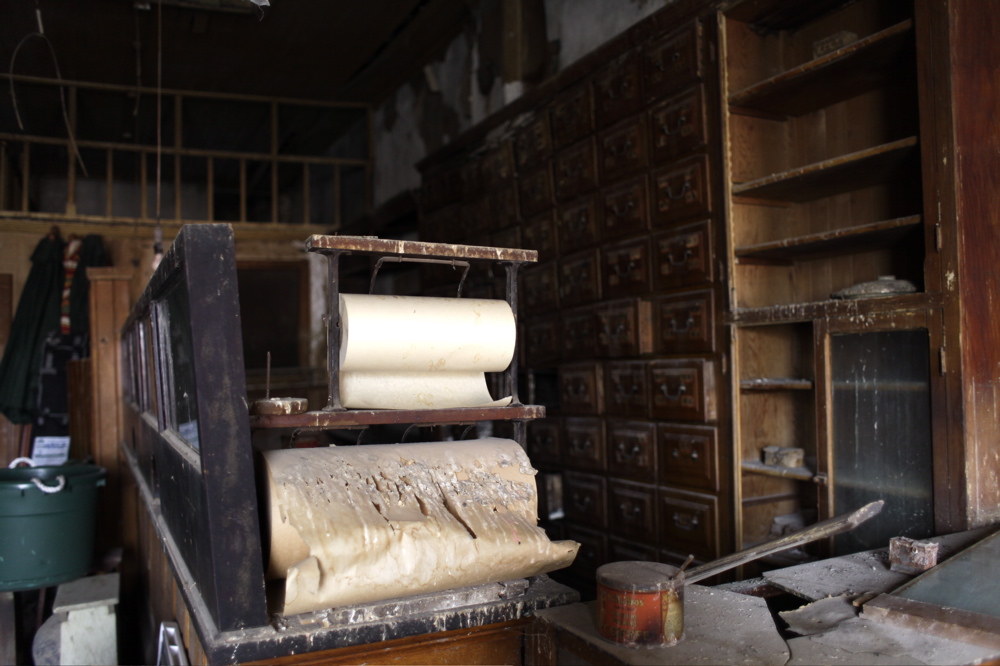 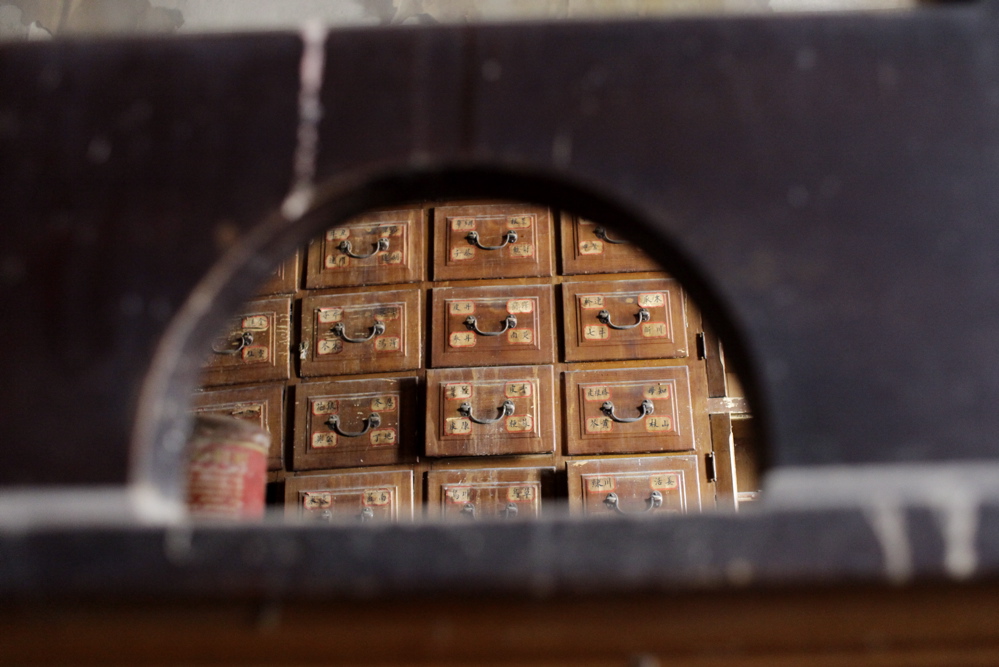 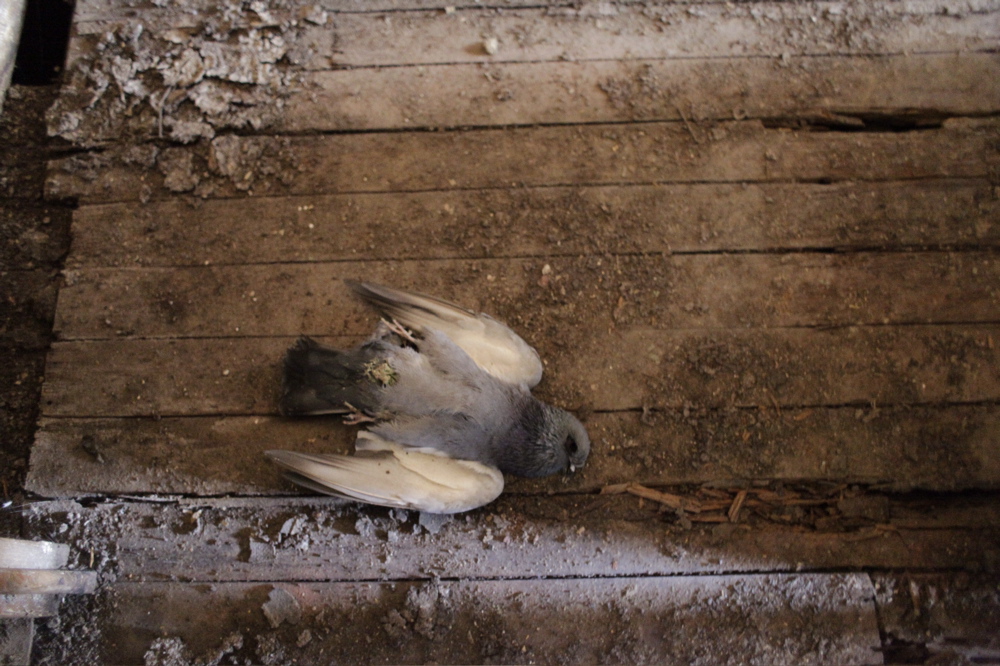 On the 10th anniversary of the American-led invasion of Iraq, I would like to offer a poem. It was written by Brian Turner, a poet who was born in central California and went to Fresno State University. Turner is a U.S. Army veteran who served as an infantry team leader in Iraq with the 3rd Stryker Brigade Combat Team, 2nd Infantry Division. His poems are widely published and this one comes from the collection Here, Bullet.

To sand go tracers and ball ammunition.
To sand the green smoke goes.
Each finned mortar, spinning in light.
Each star cluster, bursting above.
To sand go the skeletons of war, year by year,
To sand go the reticles of the brain,
the minarets and steeple bells, brackish
sludge from the open sewers, trashfires,
the silent cowbirds resting
on the shoulders of a yak. To sand
each head of cabbage unravels its leaves
the way dreams burn in the oilfires of night. 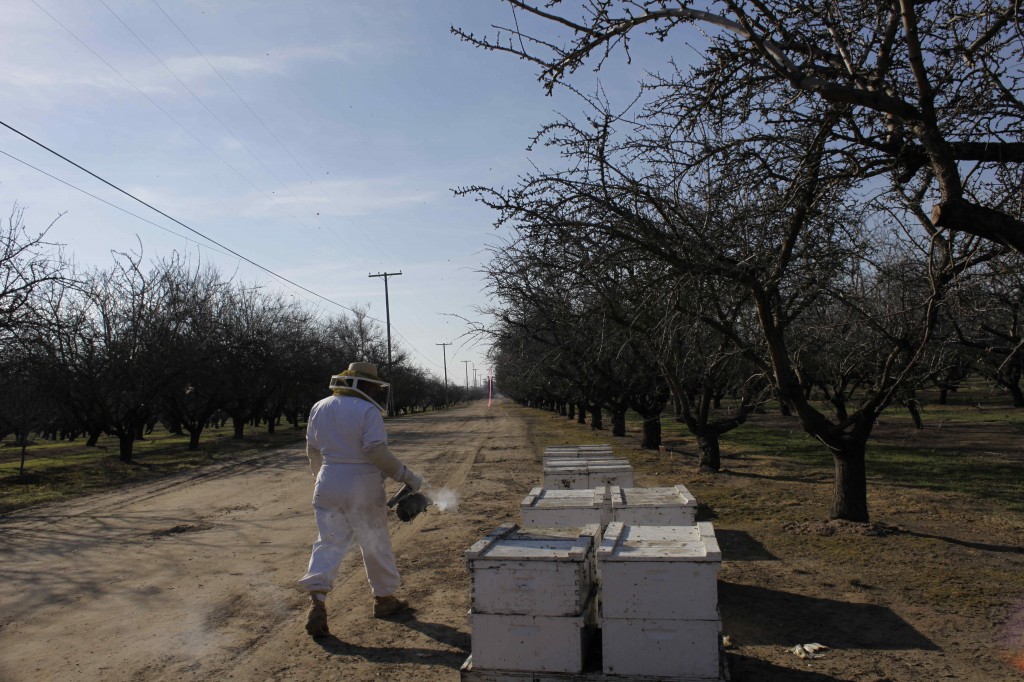 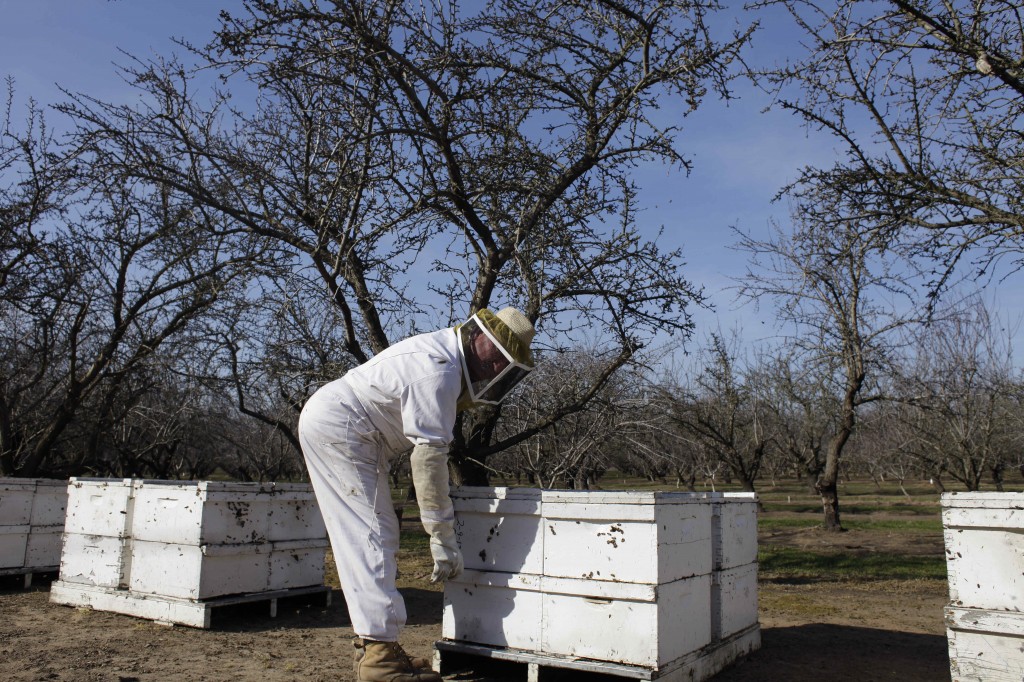 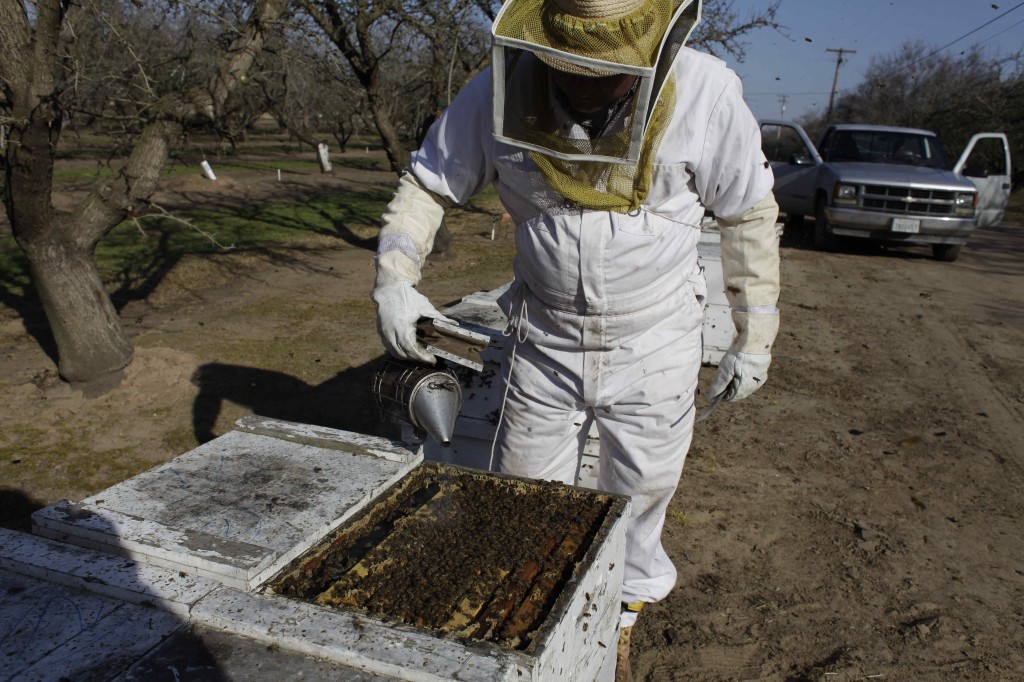 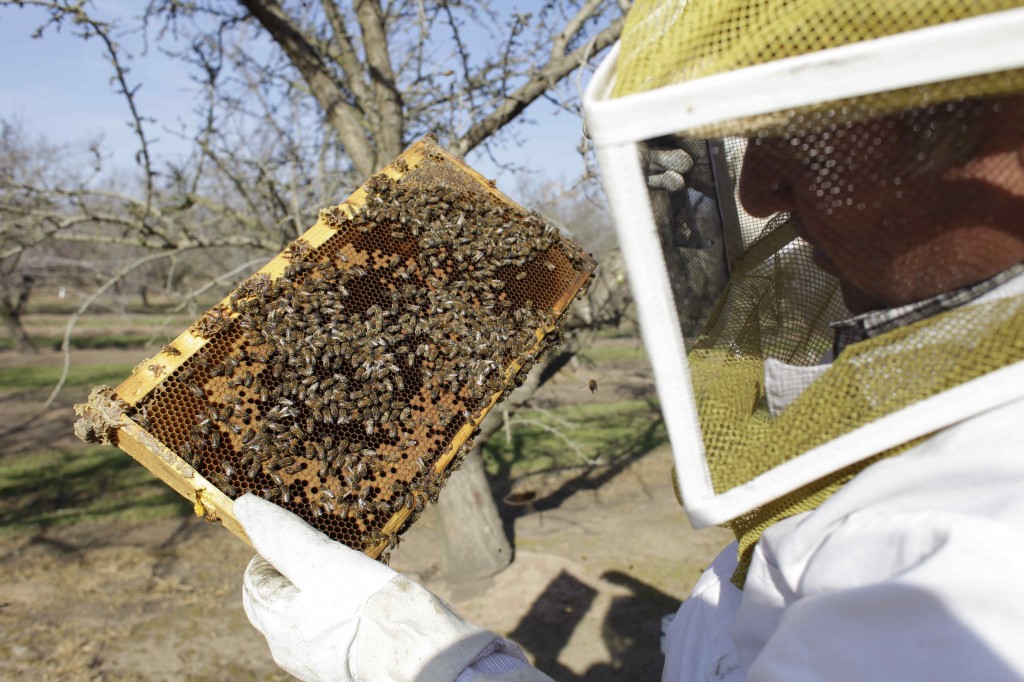 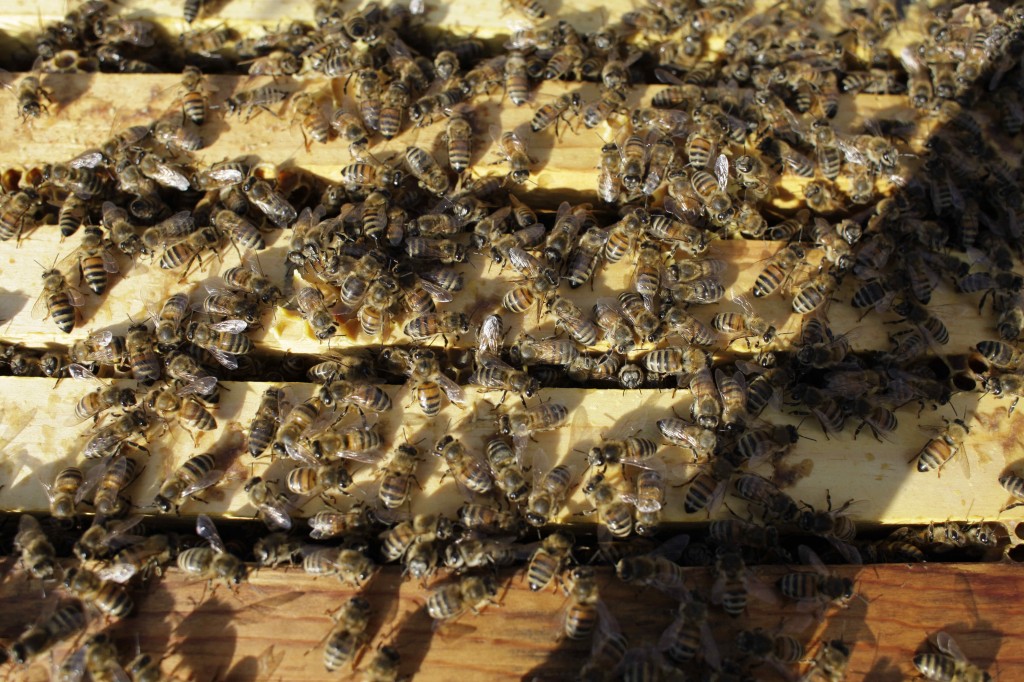 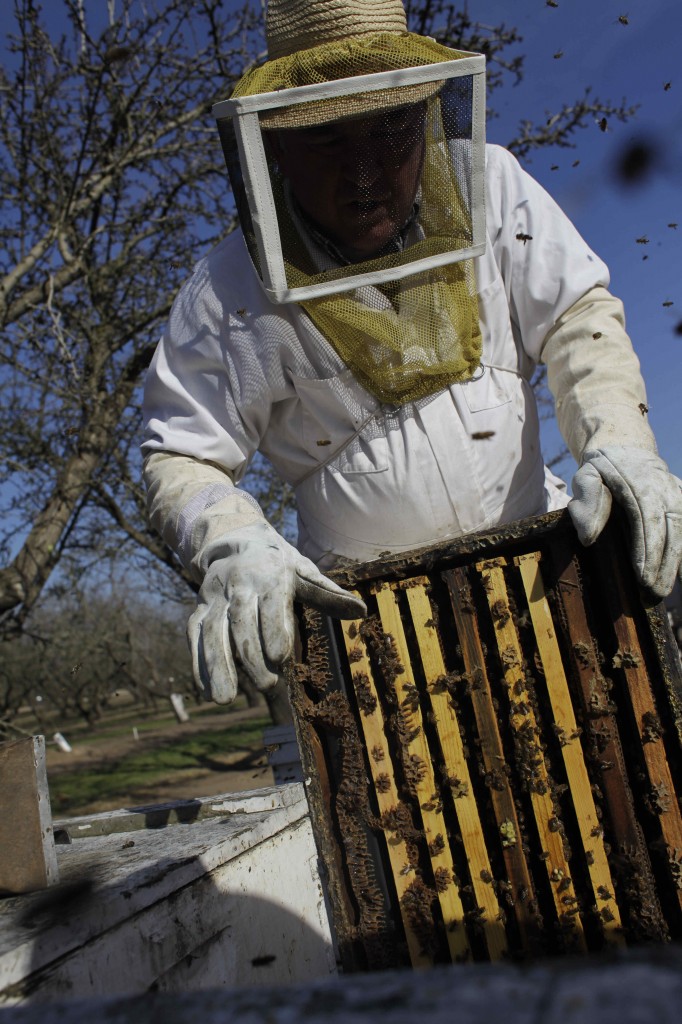 The media world is abuzz today over President Obama’s speech on immigration. As expected, the president in Las Vegas pushed for comprehensive immigration reform, including strong enforcement, legalization of 11 million who lack legal status, and changes to the legal immigration system. What I found most interesting in Obama’s speech was his sense of history. Below is an excerpt.

“… A lot of folks forget that most of ‘us’ used to be ‘them.’ We forget that. And it’s really important for us to remember our history. You know, unless you’re one of the first Americans, a Native American, you came from someplace else. Somebody brought you. (…)

The Irish, who left behind a land of famine; the Germans, who fled persecution; the Scandinavians, who arrived eager to pioneer out west; the Polish; the Russians; the Italians; the Chinese; the Japanese; the West Indians; the huddled masses who came through Ellis Island on one coast and Angel Island on the other — you know, all those folks, before they were us, they were them.

And when each new wave of immigrants arrived, they faced resistance from those who were already here. They faced hardship. They faced racism. They faced ridicule. But over time, as they went about their daily lives, as they earned a living, as they raised a family, as they built a community, as their kids went to school here, they did their part to build the nation. They were the Einsteins and the Carnegies, but they were also the millions of women and men whose names history may not remember but whose actions helped make us who we are, who built this country hand by hand, brick by brick.

They all came here knowing that what makes somebody an American is not just blood or birth, but allegiance to our founding principles and the faith in the idea that anyone from anywhere can write the next great chapter of our story.

If you spend any time driving through the San Joaquin Valley, the vast stretch of fields and orchards between Sacramento and Bakersfield, you will notice the almond trees. Hundreds of thousands of acres of almond trees, to be exact. An ocean of almond, orchards without end. Soon, in February, the trees will bloom into an immeasurable white coverlet. The Valley is where most of the world’s almonds are produced. Almonds also happen to be the state’s most successful crop for the past several years. These little nuts have beaten California’s iconic grapes to become the no. 2 commodity here. (Dairy is no. 1 in terms of revenues, but the dairy industry has had a dismal year.) Almond farmers are making money, and that’s good news in a region struggling to emerge from the recession. But others now want in on this cash cow crop. Outside investors have been buying up California’s farmland, investing into almonds and other nuts. What does it mean for the Valley? Read my story here: AP-Farmland Investors

Here’s a fascinating story I worked on over the holidays. A school board in Salinas, California  – a city with a high crime rate and gang problems – decided to name its new elementary school after Tiburcio Vasquez, an Old West bandido, aka gangster, who was hanged for murder. But there is another aspect to this historical figure: people in the Mexican-American and Chicano communities say the bandido protected Mexicans from white settlers during a time when Mexicans were widely discriminated in the territory that now makes up California.

Several things to consider: Historians do agree that Spanish-speaking people were crushed by white settlers as a result of the Gold Rush. And while historical records, including news reports, have a lot to say about Vasquez, it’s hard to say how accurate those are and how tinged with the anti-Mexican sentiment that was viral at the time. In other words, how you see the bandido all depends on whose version of history you happen to believe.

And here’s another question, which I hardly touched upon in this story: as the U.S. becomes a majority minority nation, will its history be rewritten and revised? Who are our heroes? These questions occupied my mind for days. I recalled a recent visit to a Multiplex, the previews oozing with violence. The films’ heroes killed and were celebrated for the killings. These are our pop culture heroes. What about more serious ones? Military generals, veterans, presidents who owned slaves, etc.

Truth be told, killing or other violent acts do not disqualify a person from heroism and admiration. Our heroes often embody violence with some aspect of their being and actions. It comes down to what you choose to disregard and what you choose to admire in someone — and those things are dictated by where you were born, your culture and ways of seeing. Here’s my AP story about the Tiburcio Vasquez controversy: Bandit School and la version en Espanol 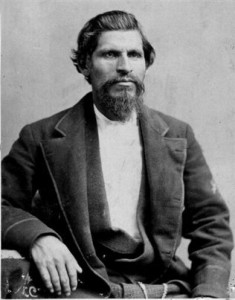 I have been wanting to write about ALBA, the Agriculture and Land-Based Training Association, ever since I moved to central California. The program trains farmworkers to become small scale farmers, offering them a step up on the ladder of agriculture and allowing them to start a self-sustaining business. Plus, the program teaches about organic farming, mindful of the fact that many farmworkers are exposed to numerous pesticides in the fields. This is another story in my series about how farmworkers are trying to climb out of low-wage field hand jobs and take leadership in California’s agricultural system. Read the story here:  AP_FarmworkersToFarmers and version en espanol

Healthy eating has become a big trend in the U.S. in recent years. And companies big and small have been trying to monopolize on it. Eco-labels — describing a dizzying array of sustainable agricultural practices — are increasingly cropping up on farm products, claiming everything from ‘grassfed’ to ‘free-range’ to ‘predator friendly’. Some labels are legitimate, representing a stringent cerficiation process, while others lean towards false advertising. Read my story to find out more: AP-Food Labels