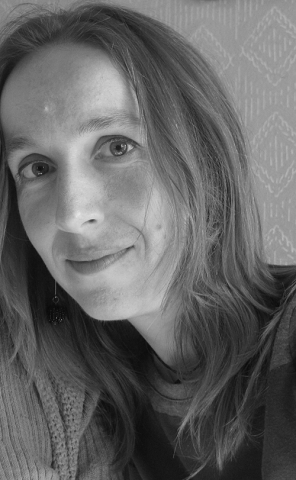 Gosia (Małgorzata) Wozniacka is a multi-lingual, award-winning reporter, photographer, and multimedia producer. She’s currently the environmental justice reporter at The Oregonian, a large regional paper in Portland, Oregon. She writes about the impacts of climate change and legacy pollution on communities of color and other vulnerable groups. Previously, Gosia worked as a staff reporter for The Associated Press and as a senior reporter for Civil Eats, covering environmental issues, immigration, food justice, and agriculture. She also shot photos and video for the AP. Wozniacka loves every good story, no matter the subject. She has also done international reporting from Poland, Belarus, Mexico, and India focused on political, economic, and social transition. She’s fascinated with borderlands, dualities, people, and places whose identities lie “in-between.” Wozniacka loves languages; she is fluent in English, Spanish, French, and Polish. 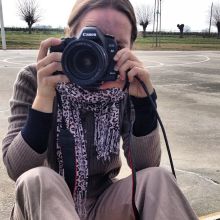 Prior to joining the AP, Wozniacka was the Immigration/Latino Affairs reporter at The Oregonian, winning the Best of the West, Blethen, and Society of Professional Journalists awards for her coverage. She has also written for The Dallas Morning News, The Hartford Courant, The San Francisco Chronicle, The WorldPaper, Gazeta Wyborcza (Poland’s biggest daily), and Transitions Online (a magazine that covers the former communist countries of Europe and Central Asia).

Wozniacka is also a writing teacher, coach, and editor. In 2017, she was an adjunct professor at Clark College in Vancouver, Wash, where she taught Journalism 101 and Digital Reporting. Prior to that, she trained high school students at The Oregonian’s Journalism Institute and taught journalism and writing to minority high school students in the Urban Scholars Program at the University of Massachusetts, Boston. She also works with writers in Portland as a writing coach/editor and has taught a series of non-fiction creative writing workshops with generous funding from the Regional Arts and Culture Council.

Wozniacka was born in Poland when it was still a communist country. Her family became refugees in France when she was 12 years old, just a year before the Germans dismantled the Berlin Wall. Two years later, unable to stop moving, the family immigrated once again to the United States. Wozniacka has studied and worked on both continents and is often on the road between the two. She received her Master’s degree from the Graduate School of Journalism at UC Berkeley. She also has spent a year training in long-form narrative writing at the Institute of Reportage in Warsaw, Poland.

In addition to writing and listening to people’s stories, Wozniacka’s passions include the outdoors, gardening, and urban farming. She spends as much time as possible outside in nature, hiking and walking in the wild. She also loves to read and cook. Becoming a mom has been one of the best experiences of her life, and is a cause for so much learning and joy.

A note about my name: Małgorzata is my full name, and I like it very much. But it’s unpronounceable to most people in the United States. My job relies on sources calling me and people feeling comfortable talking with me. So I use Gosia, a diminutive of Małgorzata, as my pen name. Sometimes I also go by Margarita.