Here’s the story my colleague and I wrote about how marijuana growers have moved from mountains and forests to farms in California’s most fertile agricultural region – the Central Valley – so that they can grow bigger plants, evade the federal government and hide behind the state’s medical marijuana law. Read story here.
The AP hired a freelance photographer for this story, because I do not own a long lens with which to shoot photos from a helicopter. But I still took a few decent photos with my camera: 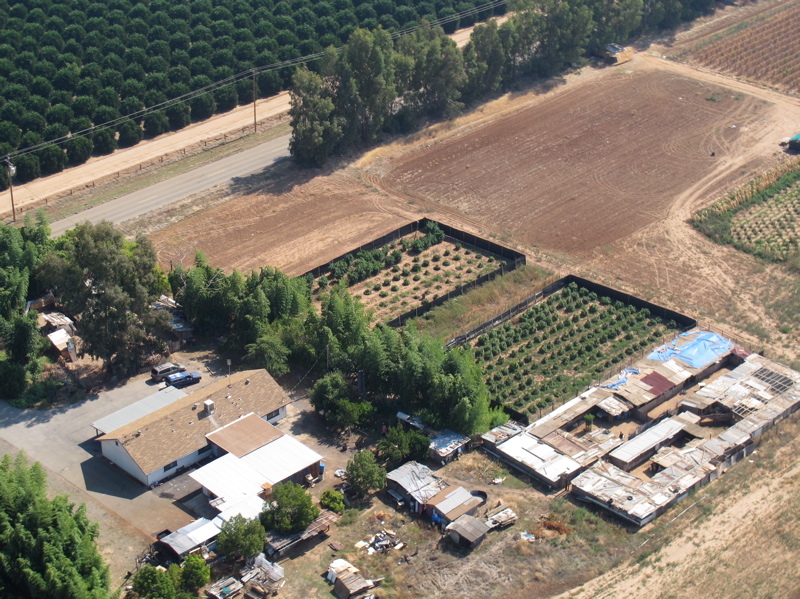 Two large marijuana grows in the middle of prime farmland in California's Central Valley, where pot growers have moved from the remote forests where they used to hide. 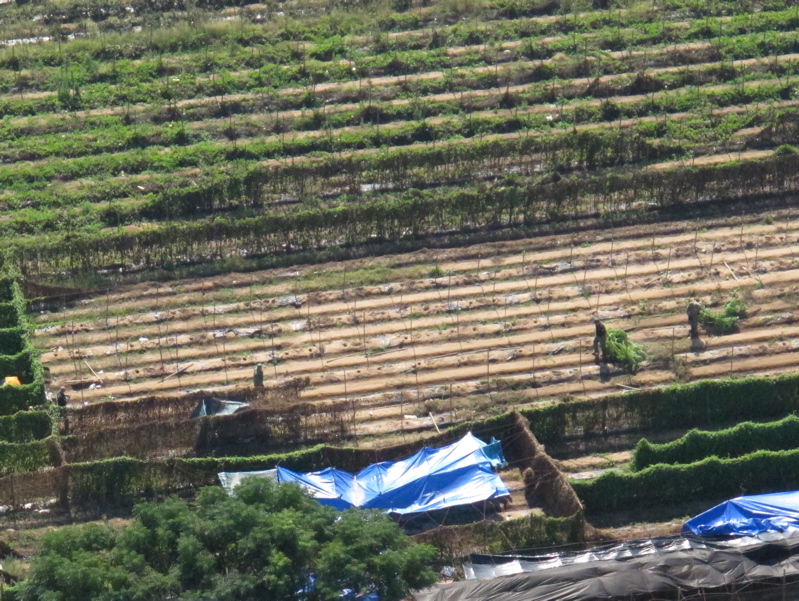 Federal agents pull pot plants across a field to a trailer which will haul them away. This particular farmer was not arrested, because he cooperated with authorities.