Events like the Roseburg UCC college shooting are always difficult to cover. As a reporter, you work like a machine, 12 hour days on auto-pilot, and your emotions and exhaustion only catch up with you later. What’s most difficult is having to approach families whose world just collapsed. How to journalistically cover a tragedy like a mass shooting and still be a decent human being? I don’t have a good answer, I don’t know if it is possible — but some moments give me hope that it is.

Most families affected by the shooting don’t want to speak with reporters, and there are dozens if not hundreds of reporters trying to call on them, to intrude on their grieving. It feels exploitative and invasive. But we have to do our jobs. I try to approach the families with respect, imagining what it would be like if I was in their shoes. What gives my job meaning is the families or individuals who do want to share their stories. They tell them in great detail. And you can sense that the telling of the story is cathartic, that in recounting events they are trying to understand and order their world again, to honor those who were hurt or who are gone. Their stories help us all grieve.

This was the case when my colleague and I interviewed, for AP Video, a pastor whose daughter miraculously (and that is not an overstatement) survived the deadly rampage inside the UCC classroom. We were the first reporters to interview pastor Randy Scroggins. He sat near the altar at New Beginnings Church in Roseburg and told us in excruciating detail what his daughter witnessed during the shooting and how she was saved by a classmate who had rolled onto her after being shot, soaking her with his blood. Because her clothes were bloodied, the shooter likely thought she was dead and shot everyone else around her instead.

My eyes filled as the pastor recounted the story, and later when he took a phone call from that classmate’s mother. He sobbed while talking to her, then leaned for several minutes against the church wall and continued to weep. And though the imagery of being saved by blood was too strong to miss inside a Christian church, that morning the father trembling over his daughter’s life was more present than the pastor. I was grateful for his story, not just as a reporter but as a person. 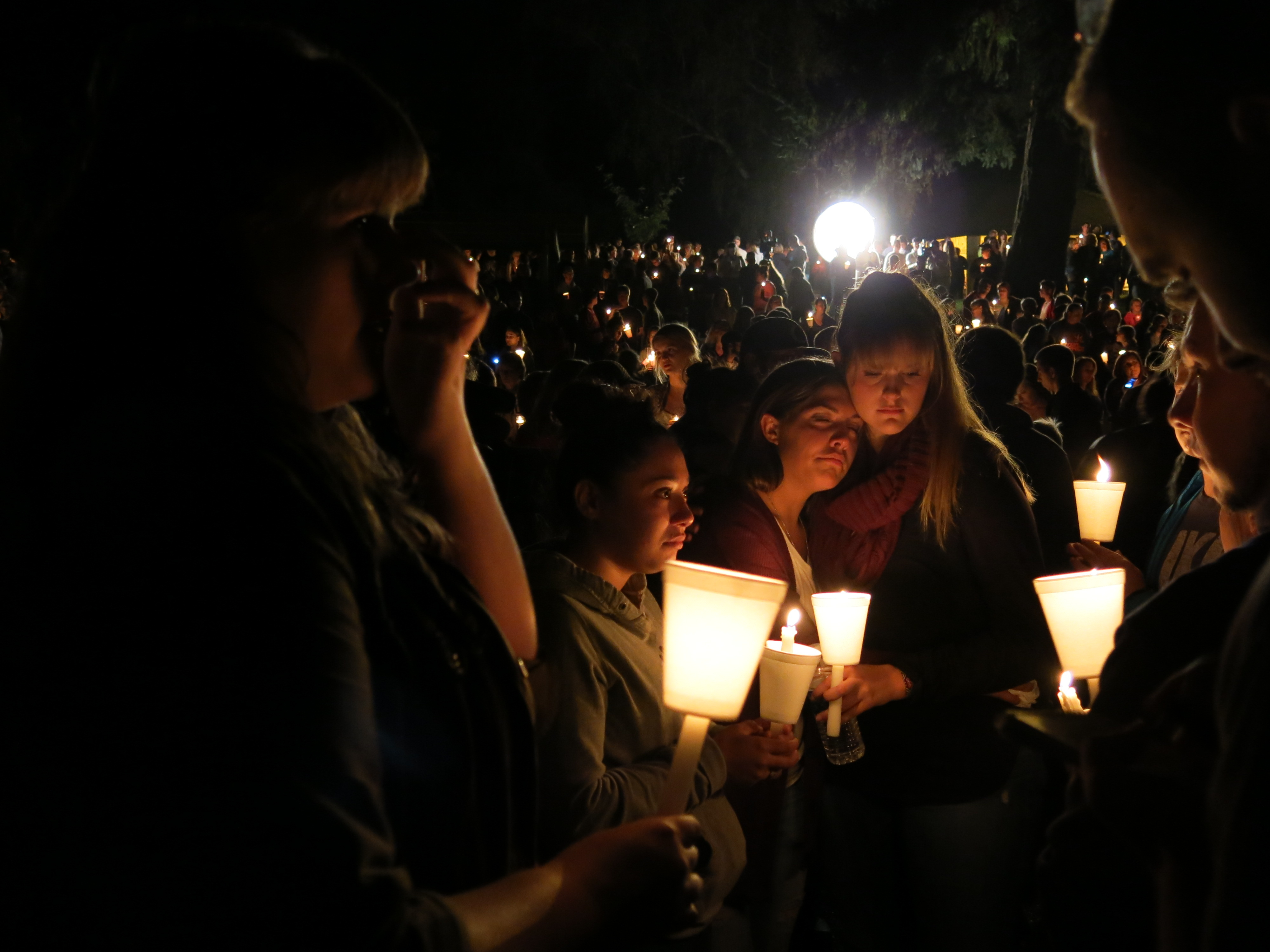