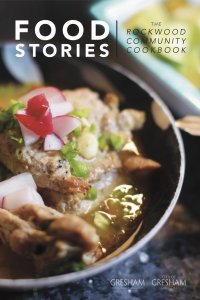 The cookbook is here! It’s beautiful, large in format, with high-quality paper and great photographs. You can purchase a paper copy or e-book from the City of Gresham. I loved working on this project. My goal was to represent the culinary traditions of the immigrant and refugee communities who have found their way to Rockwood, a diverse neighborhood on Portland’s edge. I met many wonderful people, ate mouthwatering food around their tables and listened to stories…

Some of these stories were bittersweet. Some full of challenges. All permeated with aspirations and dreams. One of our cooks had worked as a chef at a famous Baghdad restaurant. During the war, he cooked for the U.S. Embassy and the U.S. Institute of Peace and hence was later able to escape the war-torn country. Here in Portland, he works at a local Middle Eastern eatery, struggling as most newcomers are. He dreams of opening his own restaurant, but speaks limited English and works long hours to provide for his family, making this dream an unlikely reality for now. But who knows in a few years?

So many of my interviewees came from war. They told stories that could not be included in a family cookbook. Iraq, Afghanistan, Libya… Our Libyan cook, a wonderful lady full of spunk and warmth, spoke of incredible violence in her home city of Tawargha. Ethnic cleansing, torture, rape. A city turned into a ghost town. Yet here she was, with her husband and children, in the middle of Rockwood, trying to move forward, attending community college. Her recipe for stuffed peppers and swiss chard rolls is one of my favorites in the cookbook. Another story of war also had a good ending. Our Belarussian cook recounted how, during World War II, families in Nazi-occupied Minsk were forced to host German officers in their homes. Her aunt had to open her doors to one such enemy officer, who thankfully turned out to be a nice guy who liked to cook. He taught her a special recipe that’s now passed on in the family and cooked for special occasions.

These are just a few stories from the Rockwood cookbook. The people with whom I cooked and whose recipes the cookbook replicates conveyed perseverance, self-reinvention, and hope. Though most live in low-income apartment housing and work entry-level jobs, they’re studying English and have big dreams for themselves and their children. They value food, enjoy cooking and sharing. They are open-hearted, generous. I was deeply moved when, after our cooking session, the Bhutanese husband and wife sent me home with delicious leftovers and a large bag of onions they had planted and grown in Rockwood. Below please find a few page spreads from the cookbook. While I was the lead writer, several others also contributed. 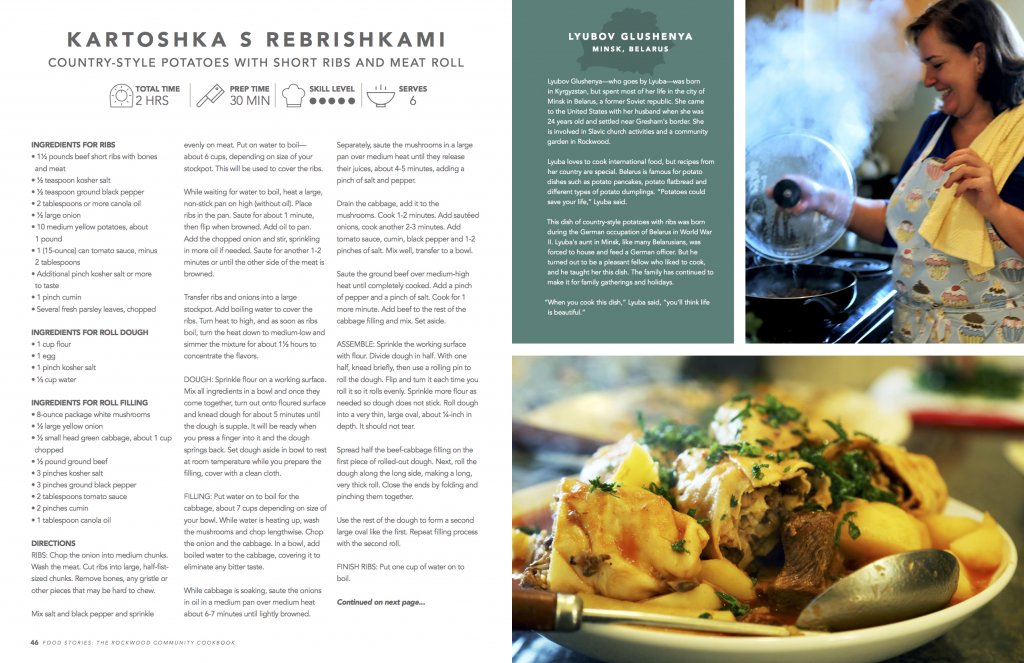 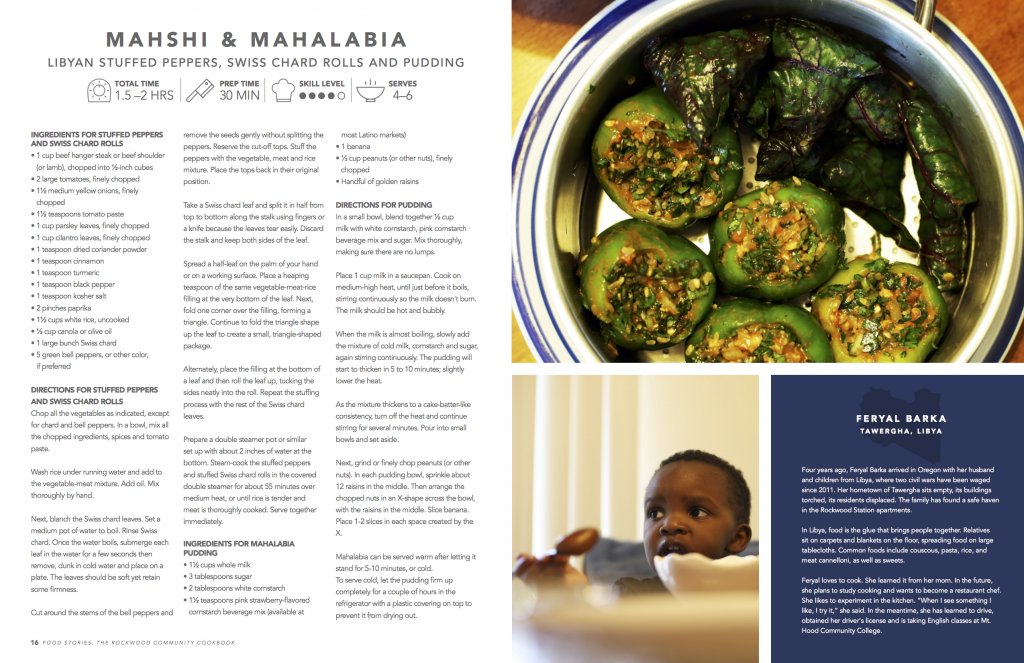