Early this week, I drove to the Watsonville-Salinas valley on California’s Central Coast – half of the strawberries grown in the state come from this area. And California grows 90 percent of the nation’s strawberries. It is clear to see why Watsonville-Salinas is ‘strawberry central.’ As soon as you get off the highway, you are completely surrounded by strawberry fields. There are greenhouses chock full of raspberry bushes as well. Everywhere you look, berries grow and during the day, workers like tiny ants pick the red fruit. The strawberry is known among farmworkers as “la fruta del diablo” – the devil’s fruit – because picking it requires backbreaking labor. Workers must bend at the waist for 10 to 12 hours each day to pick it. And the pay of strawberry field workers is some of the lowest in the agriculture industry. Most of the workers are Latino, the vast majority without legal status in the United States. These are the people who pick the strawberries we all love. But increasingly, Latinos – mostly Mexican immigrants and their children – are becoming the growers, the farmers, the bosses of the berry operations. This is pretty rare in the world of farming, where the vast majority of farmers are still white. Here is my story about the quiet cultural revolution in the strawberry industry: Strawberry Growers 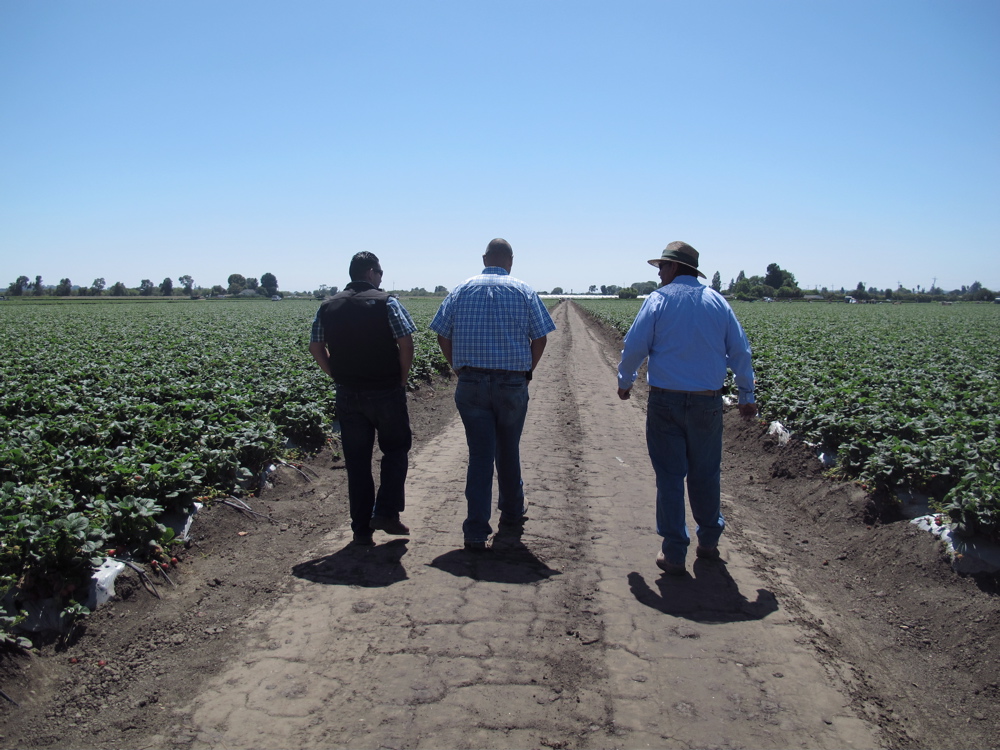 In this photo taken July 9, 2012, Rogelio Ponce Sr., right, and his two sons, Rogelio Ponce Jr., left, and Steven Ponce, center, walk on Monday, July 9, 2012 at the family’s ranch in Watsonville, Calif., where the Ponces grow nearly 200 acres of strawberries. Ponce Sr., whose father migrated from Mexico and grew berries as a sharecropper, sold the family’s home to start his own strawberry business some 20 years ago. Latino growers like the Ponces now dominate the California strawberry industry. (AP Photo/Gosia Wozniacka)