This is one of my favorite stories that I’ve written and photographed at the AP. I worked with AP’s features editor and features photo editor to bring it together. To me, it’s an essential tale of the Pacific Northwest – a story about this region’s history and its making, the area’s principal characteristics (the river, salmon, dams, and hydropower), and the legacy of bad decisions, discrimination, and utter disregard for the suffering of a people. It is also a love story, about the devotion to a river, to a waning way of life, to the right to belong. It’s the story of Native Americans today, who are living along the Columbia River in Oregon and Washington in Third World conditions, across from power-generating dams. A few decades ago, those dams flooded Indian villages and fishing sites, leaving families without a home for generations. Read the story here, or in PDF: AP-Flooded Villages 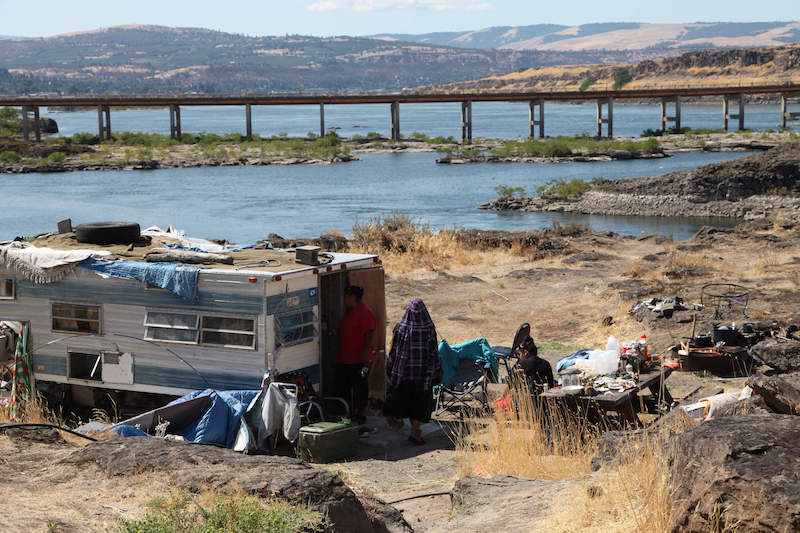 This photo taken on August 22, 2014 at Lone Pine, a Native American fishing site on the Columbia River near The Dalles, shows the home of Ranetta Spino and her family at the river’s edge. Lone Pine is one of 31 fishing sites developed as a replacement for tribal fishing grounds flooded by hydroelectric dams. About 40 people, including children, permanently live at the fishing site in substandard conditions. (AP/Gosia Wozniacka) 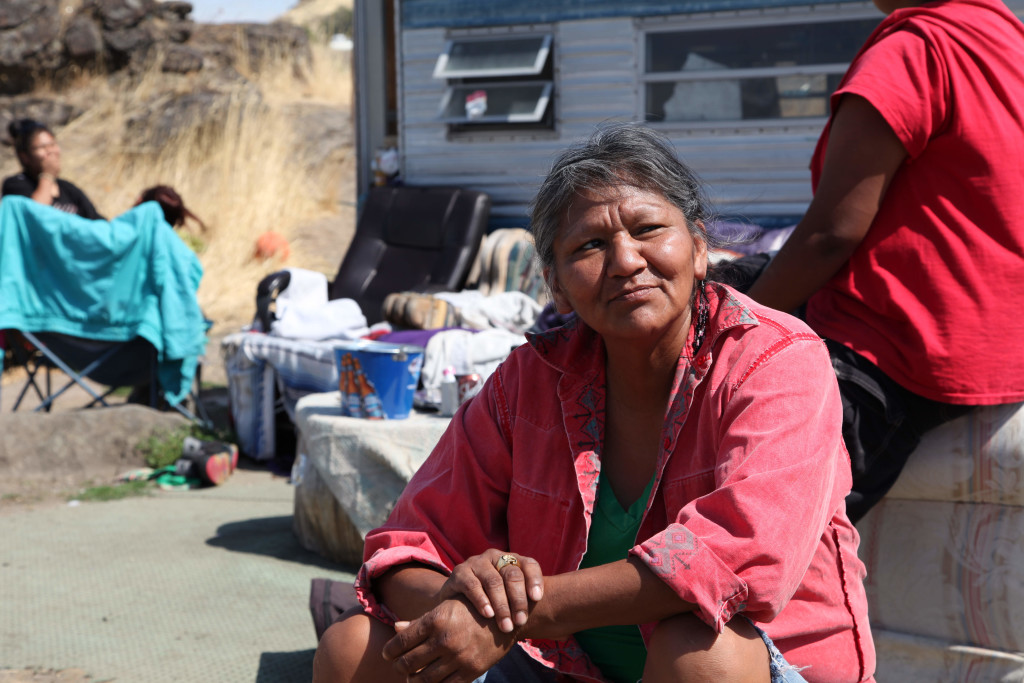 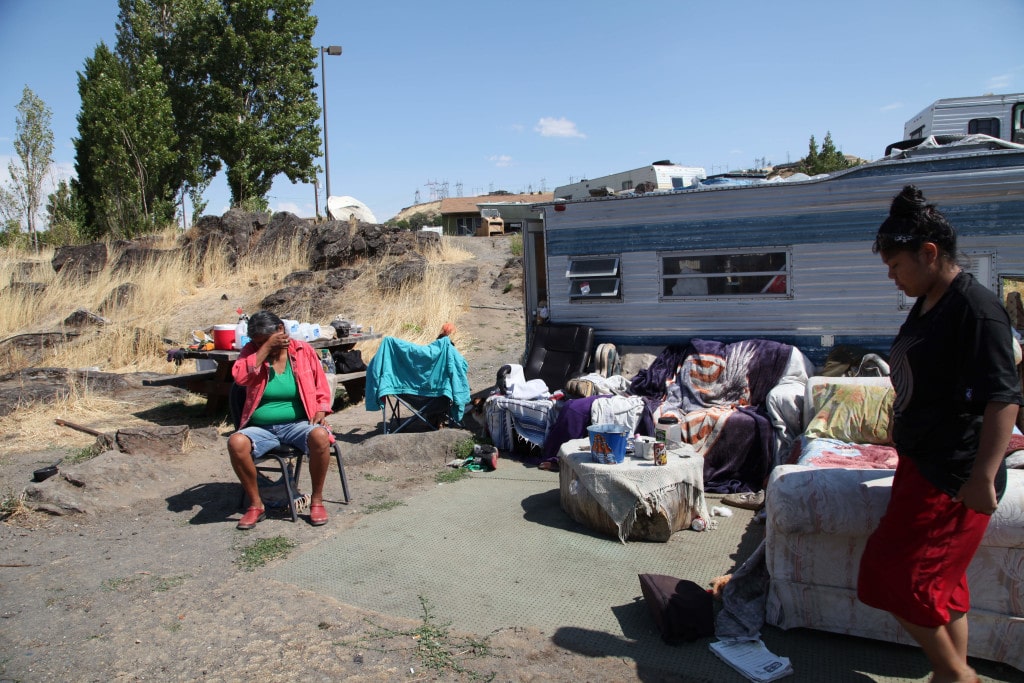 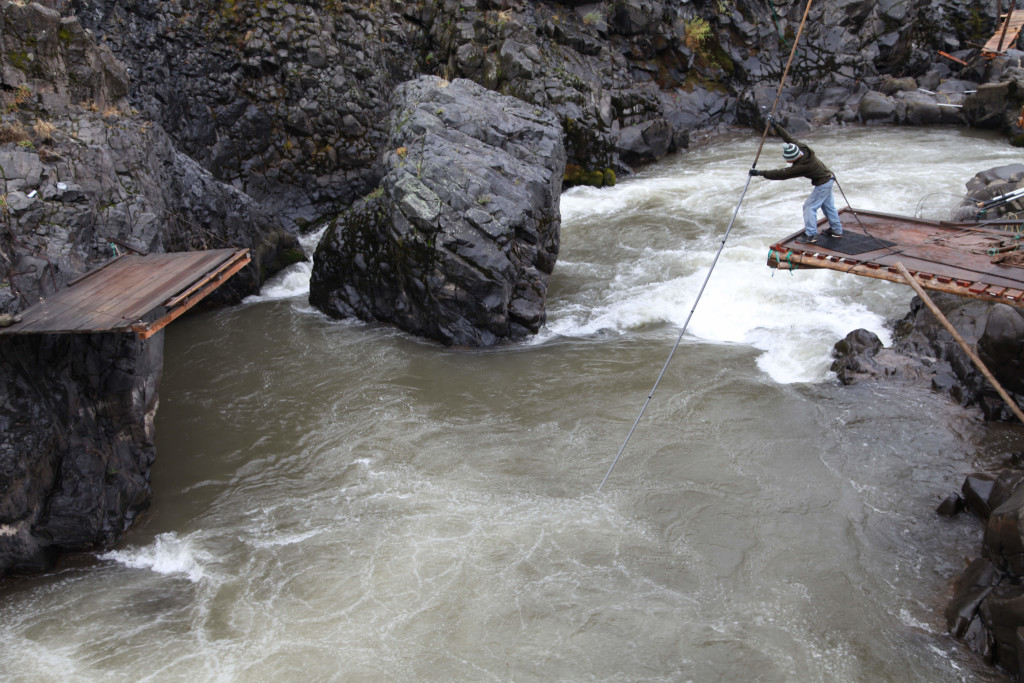 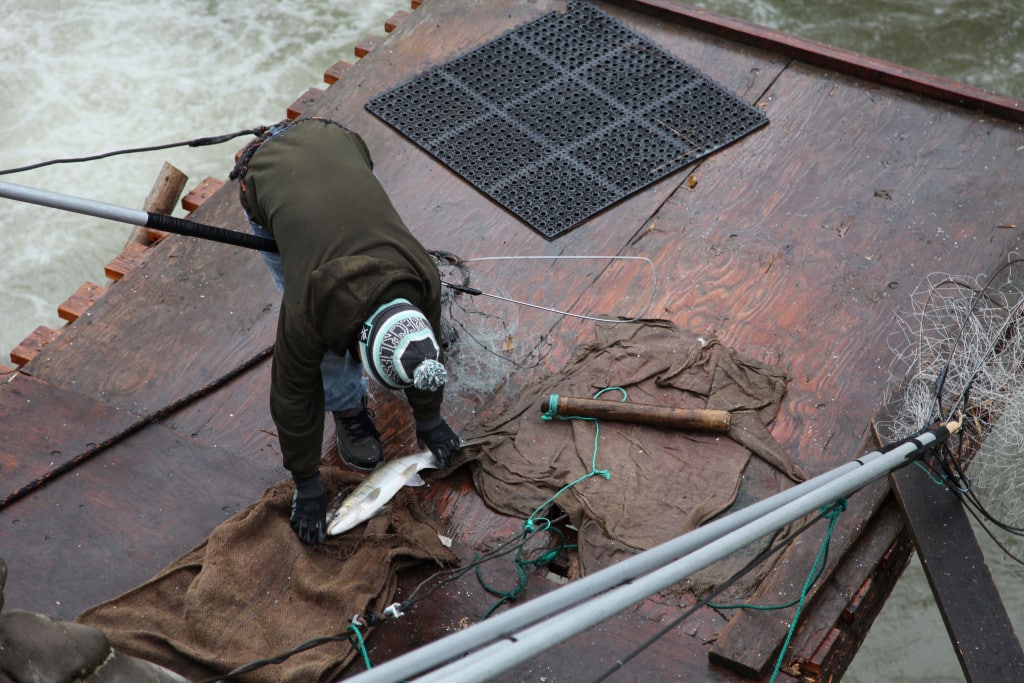 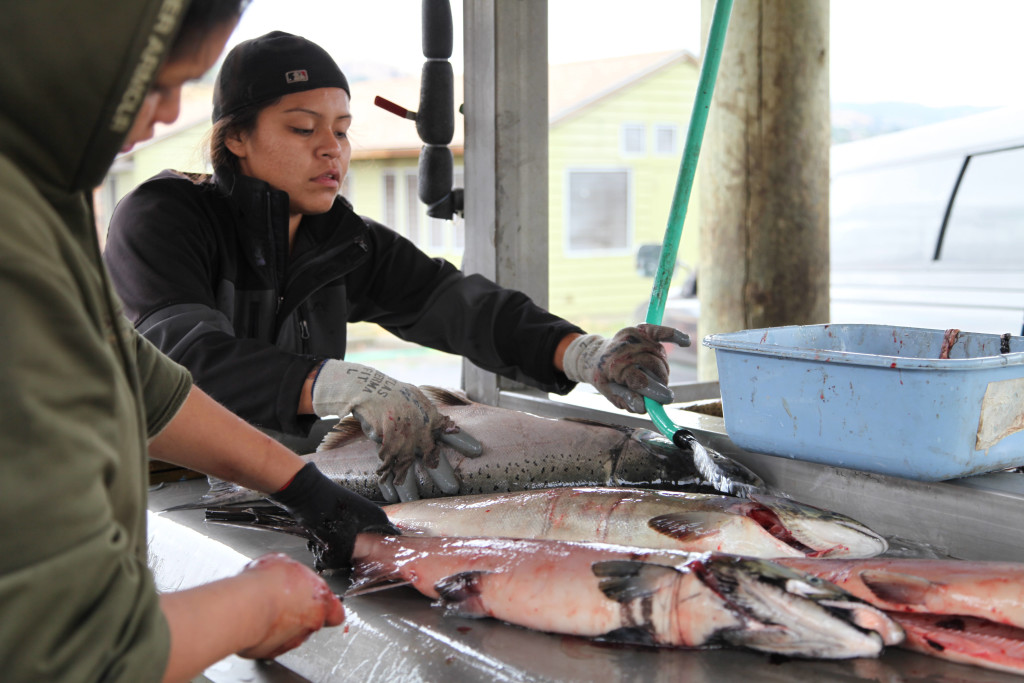 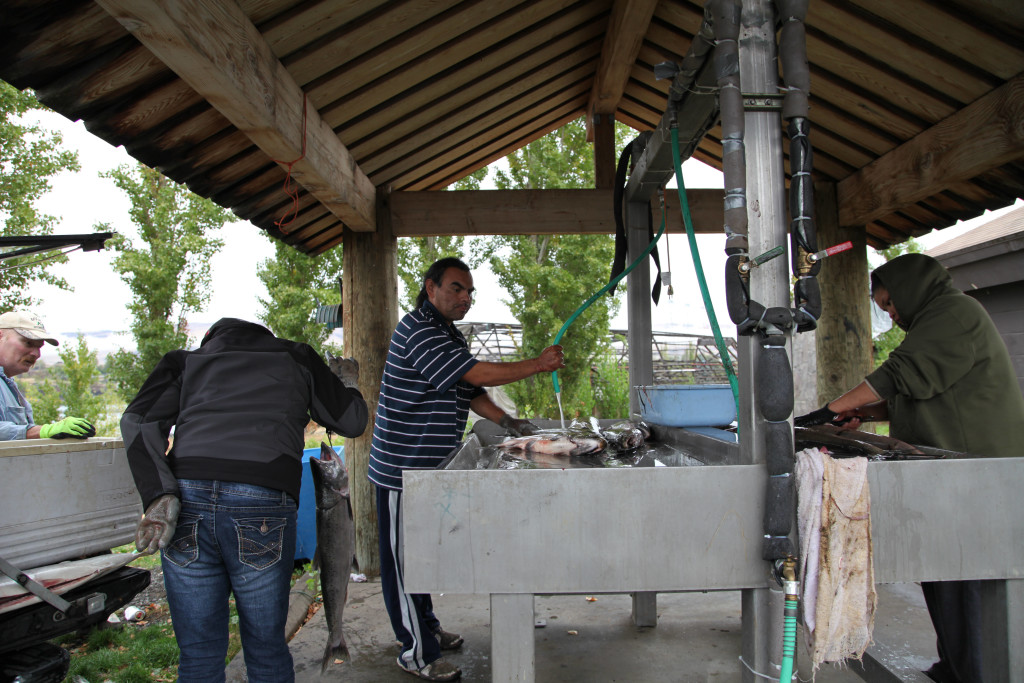 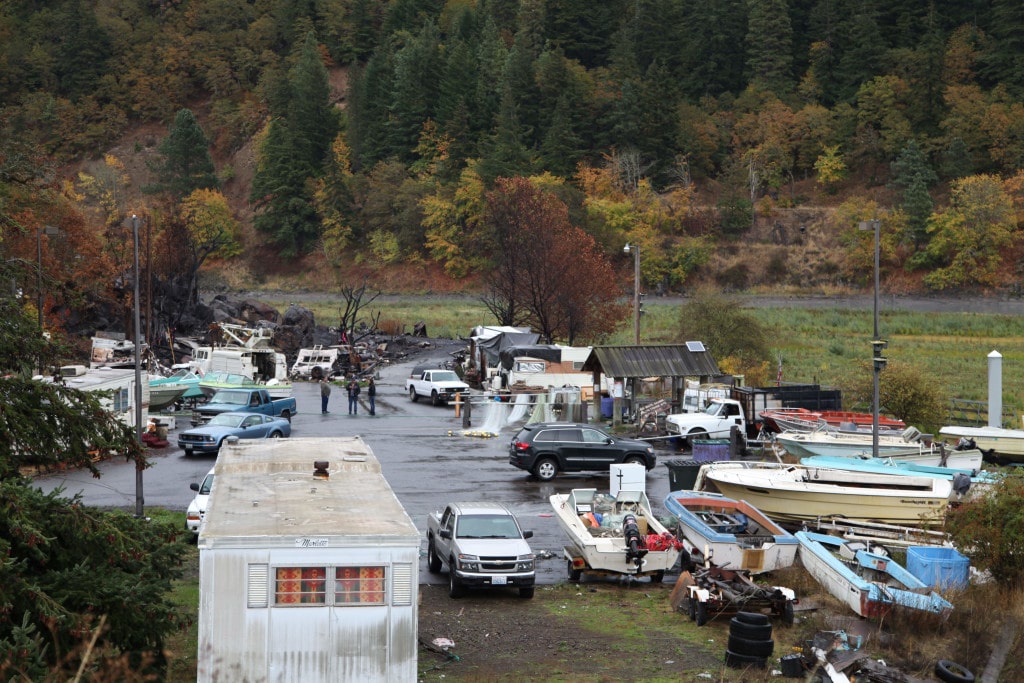 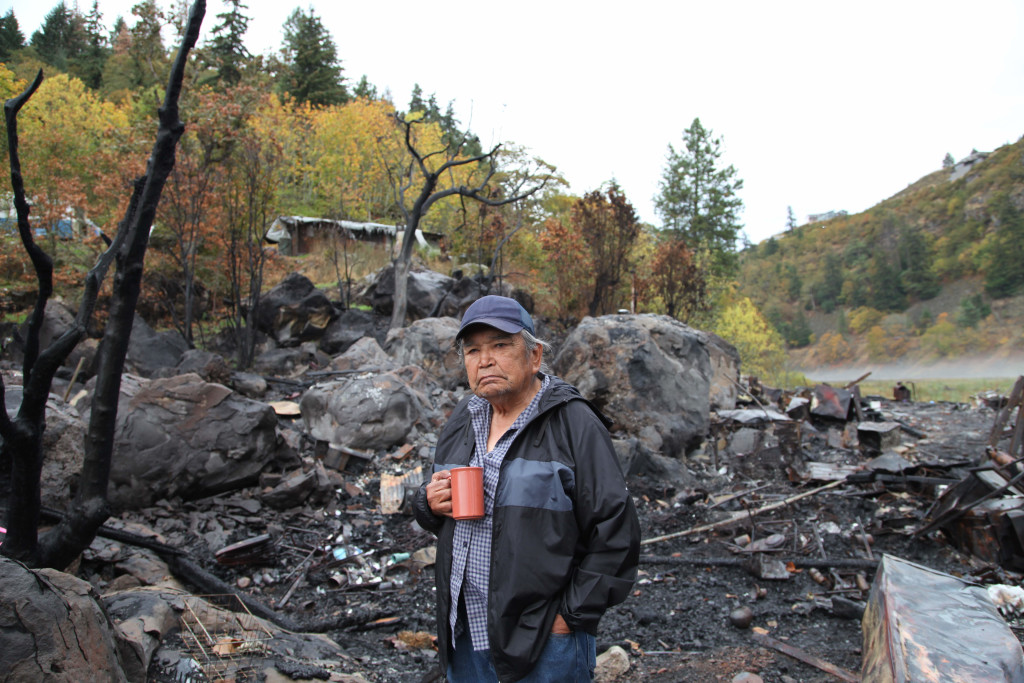