I learned about Adam and his story from a source in the Korean-American community. Interviewing Adam took six hours and was emotionally wrenching. He is an intelligent, eloquent man who has faced big hurdles in his life. He’s also screwed up some. He has many emotional wounds, but he’s also trying to make amends and reimagine his future. Adam’s story opened to me a world I knew little about: that of adoptees, the often-questionable history of out-of-country adoptions, and the immigration laws that left adoptees behind. I easily could have written a great magazine piece about these issues and the stories of Adam and others like him… AP’s 800-word format didn’t do this story justice. But here is the short version, in PDF: AP-Adoptees Citizenship.

I was, by the way, the first reporter to break this story. After that, Adam became a media sensation. 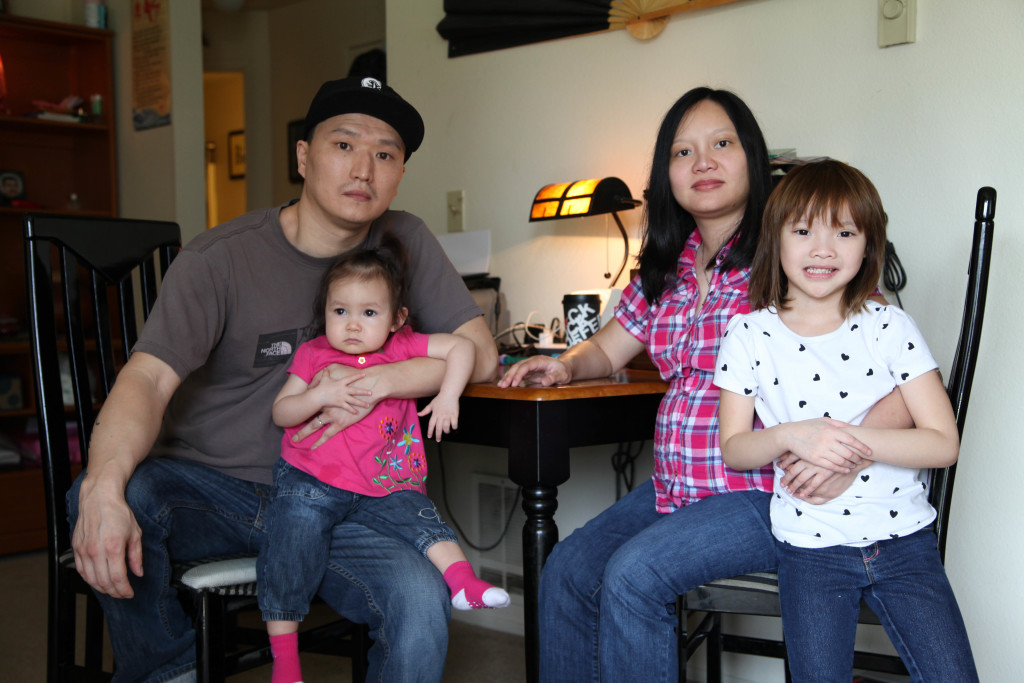 In this photo taken on Thursday, March 19, 2015, Korean adoptee Adam Crapser poses with his daughters, 1-year-old Christal and 5-year-old Christina, and his wife Anh Nguyen in the family’s living room in Vancouver, Wash. Crapser, whose adoptive parents neglected to make him a U.S. citizen, will face an immigration judge in April and could be separated from his family and deported to South Korea, a country he does not know. (AP Photo/Gosia Wozniacka) 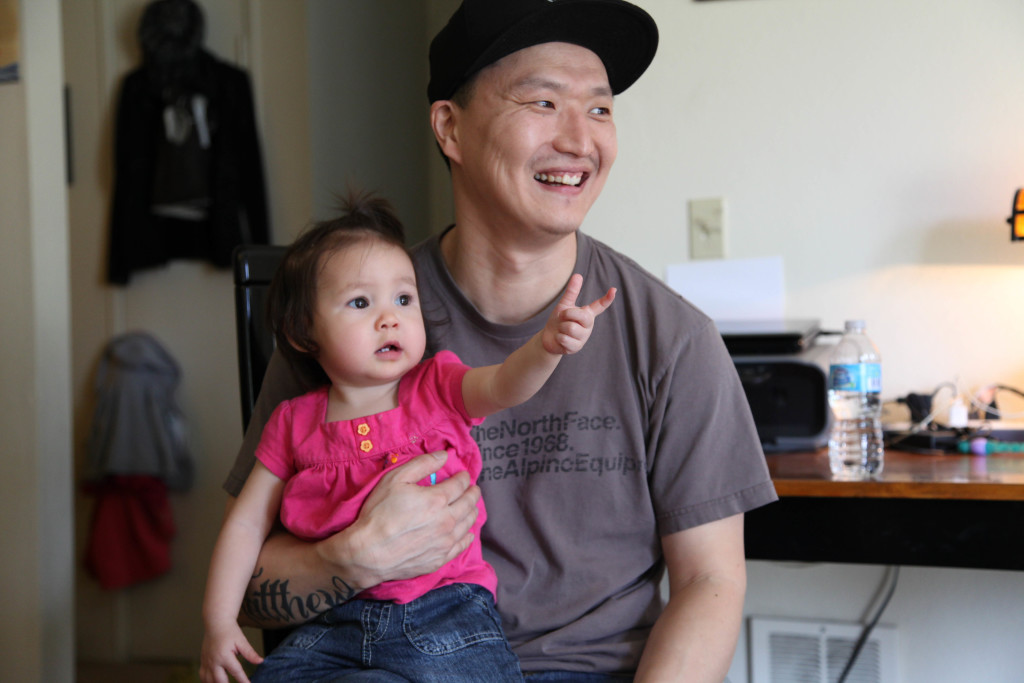