I spent this evening in Woodville, CA, population 1,678, the town surrounded by outstretched fields and numerous large dairies. I came to observe a UFW house meeting, for a story on farmworker organizing in California’s Central Valley. This is Tulare, the nation’s top milk producing county, and cows here churn out about 10 billion pounds of bulk milk per year. Most herds are over 1,000, the cows boxed into pens, bobbing their heads out through the feeders, gazing at you as you drive by. The people in this county even choose a dairy princess… Surprisingly, the majority of those who live in Woodville don’t work in the dairies. That’s year-round employment for those who are lucky. Most of the people in Woodville – where more than 80 percent of the residents are Latinos and houses are modest to say the least – work in the fields, often several hours away from the town. The air in Woodville smells of cows and everyone seems to know each other, reminding me of Polish villages. I took this photograph just outside of Woodville, as I was driving back home. On the horizon, you can see the faint lights of a large dairy. 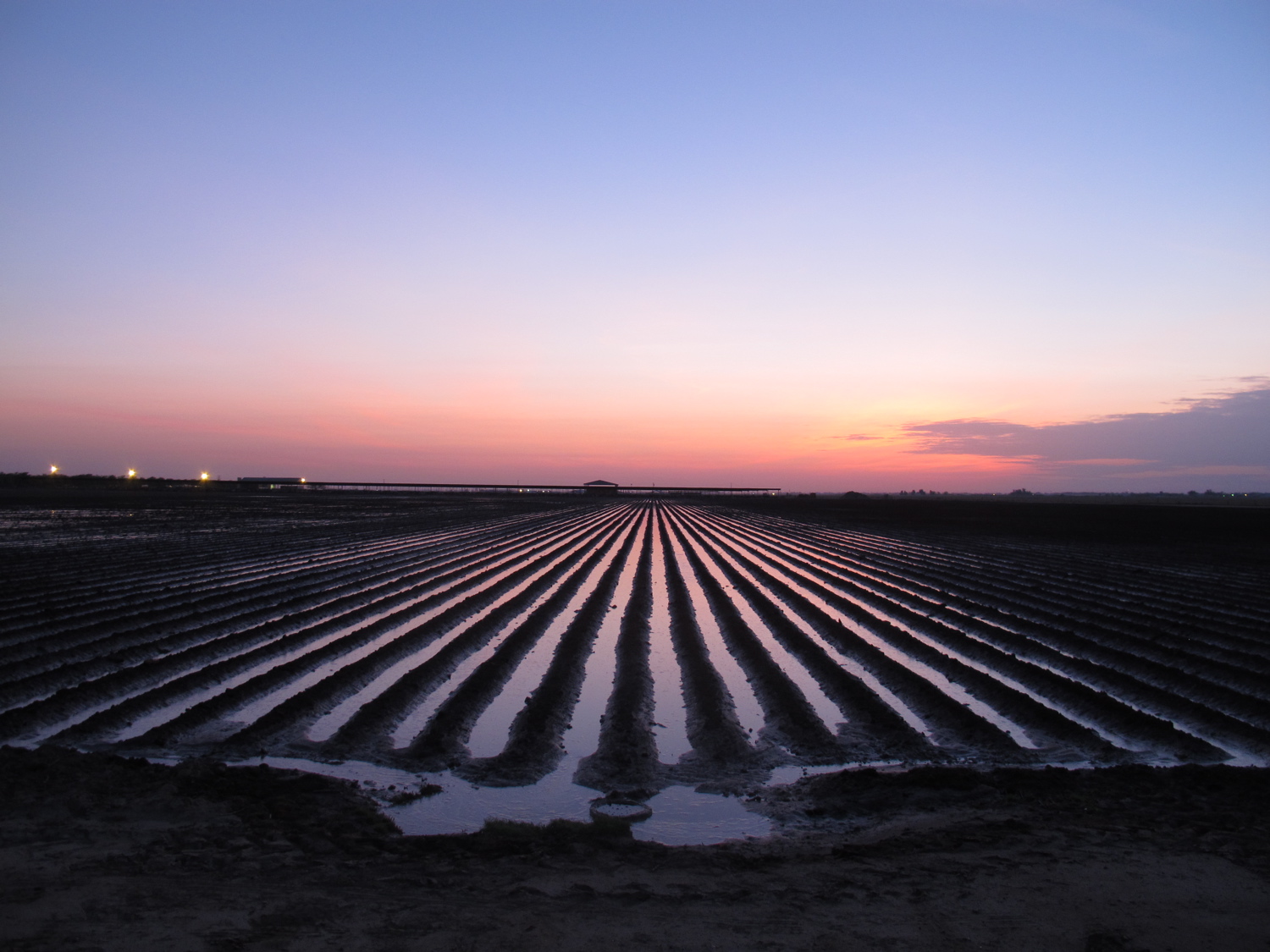